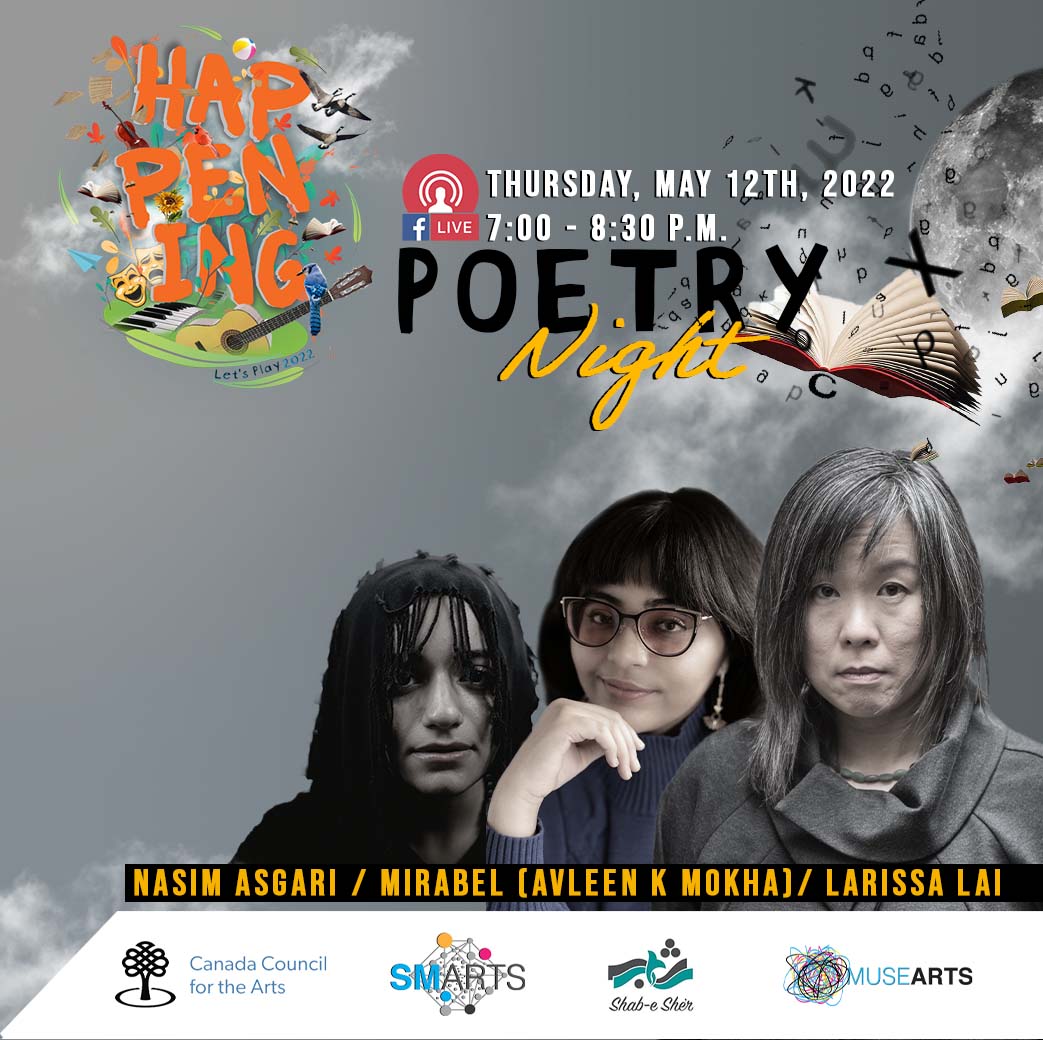 Feature Bios:
– Mirabel (Avleen K Mokha)
Mirabel is a Montreal-based poet. Mirabel’s first full-length poetry collection The Vanishing Act (& The Miracle After) is forthcoming from Guernica Editions (2023). Her chapbook DREAM FRAGMENTS (Cactus Press 2020) received critical acclaim from The League of Canadian Poets and PRISM International. She was also the 2019 winner of the Peterson Memorial Prize for Creative Writing. Originally from Mumbai, India, Mirabel has studied English Literature and Linguistics at McGill University, where she is currently pursuing clinical studies in Speech-Language Pathology.

– Charles S. Smith
Charles C. Smith is a poet, playwright and essayist who has written and edited fourteen books. He studied poetry and drama with William Packard at New York University and Herbert Berghof Studios, drama at the Frank Silvera’s Writers’ Workshop in Harlem. Charles is the Executive Director of Cultural Pluralism in the Arts Movement Ontario and Artistic Director of the wind in the leaves collective. His recent books include travelogue of the bereaved, The Dirty War: The Making of the Myth of Black Dangerousness, and, whispers (2014) and destination out (2018) and Searching for Eastman released in September 2021 by Mawanzi House.

– Larissa Lai
Larissa Lai is the author of eight books including the novels Salt Fish Girl and The Tiger Flu. Recipient of the Jim Duggins Novelist’s Prize, the Lambda Literary Award, the Astraea Award, and the Tiptree Honor Book and finalist for seven more, she holds a Canada Research Chair at the University of Calgary and directs The Insurgent Architects’ House for Creative Writing there.

– Nasim Asgari
Tehran-born, Tkaron:to-based Nasim Asgari, is a dreamer, thinker, seeker and student of the truth. She is a multidisciplinary artist using visual arts, sculpting, installation arts- with poetry and performance at the core of her practice. Writing from the age of 9 and performing since the age of 12, she has cultivated a voice and the words to relay the truth and to bring attention to what is often undermined and dismissed in the world. Nasim has performed, and facilitated workshops, events, poetry slams and protests internationally. Her poetry anthology is titled what was swept under the Persian rug.